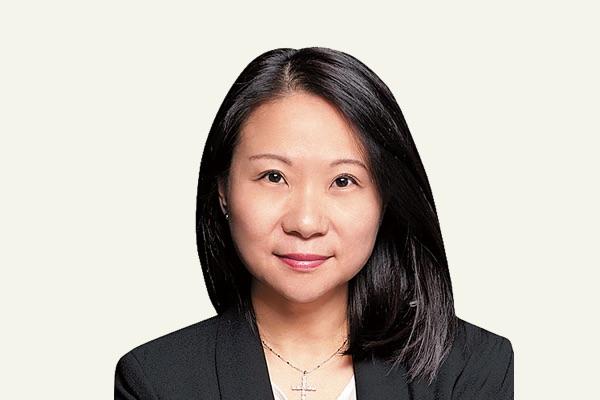 Ms. Wong is currently the chairman of Starbucks China.

Prior to joining Starbucks group in 2000, Ms. Wong was the marketing manager of McDonald’s China Development Company.  Currently, she is an independent director of Canada Goose Holdings Inc. (listed on the New York Stock Exchange and Toronto Stock Exchange) and an independent non-executive director of Television Broadcasts Limited, and has extensive experience in retail, food and beverage, people, brand development and growth strategy across the Greater China and Asia Pacific regions.

Ms. Wong holds a Bachelor of Commerce Degree with a major in finance from the University of British Columbia (“UBC”) in Canada.  She serves as a member of the Faculty Advisory Board for UBC’s Sauder School of Business.  She was appointed as an Independent Non-Executive Director of the Company in December 2018 and is aged 51.

Notes
1. Shanghai Starbucks Coffee Enterprise Co., Ltd., a wholly-owned subsidiary of Starbucks Corporation (listed on NASDAQ), is one of the tenants of a commercial complex located in Shanghai in the People’s Republic of China and owned by an associate of the Company.  The revenue or profit derived from those leases indirectly as share of results of an associate is immaterial (less than 1% of the Company’s turnover or equity attributable to owners of the Company or total assets for the year ended 31 December 2021) to the Group.
2. During her term as an Independent Non-Executive Director of the Company, Ms. Wong will abstain from voting on any board resolution in relation to any business dealings with Starbucks group.  Since operational matters (office / retail leasing) are unlikely to be considered at Board level, any conflict of interest is regarded as unlikely to occur in practice.  Ms. Wong has ceased to be director of certain entities of Starbucks Coffee Company (including Shanghai Starbucks Coffee Enterprise Co., Ltd.).
3. The Board and its Nomination Committee had assessed the independence of Ms. Wong in light of the circumstances, including (i) her background, experiences, achievements, and characters; and (ii) the nature of the Company’s relationship with Starbucks group and Ms. Wong’s roles, as well as the mitigating actions as described above, and concluded that her independence would not be affected.  It was decided that potential conflicts, which are minimal, could be managed and that the benefits of her appointment outweighed any risk of conflict.  In addition, the mitigation principles and actions are adequate and appropriate to deal with any such issues.